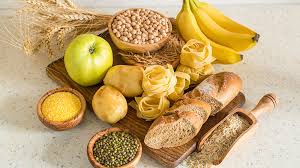 Diabetes is the fastest growing health problem in the world today. Linked with obesity it can cause all kinds of problems including heart disease, amputations and eventually death. Let’s talk below about type 2 Diabetes.

This is predominantly because of today’s western diet which I will elaborate more on now.

IN THE EARLY DAYS

In the early days before mechanisation we ground our grain manually. It was in a chunkier state than it is today. As the particles were larger it meant that when this food was digested it would act as a slow release energy.

In the industrial revolution, mechanisation meant that grain was able to be ground finer, which was easier on the palate. However, over time, flour has become less dense and that combined with people eating more than they used to has meant that waistlines have increased. As a result of this, the pancreas has had to work harder. (The pancreas is an organ located near the stomach, which is responsible for producing insulin, the hormone which acts as a key to allow glucose into the cells of the body). With the finer ground grain the pancreas cannot cope with this and stops working, hence glucose can’t get into the cells of the body and therefore the cells start to die. Glucose then backs up in the bloodstream which causes the extremities to become gangrenous and can lead to amputations.

Finely ground grain can enter the bloodstream really quickly as does high sugar foods. This gives a quick energy hit, but the energy doesn’t last long. If the person in question continues to eat this type of food it causes blood sugar spikes and crashes, increased hunger and fatigue. These foods are knowns as high glycaemic carbohydrates which also do not satiate the person. In another blog we will talk more about high and low glycaemic foods.

The individual should be aiming for low glycaemic foods which stay in the blood longer, keep you full for longer, give a slow release of energy and help prevent type 2 Diabetes.