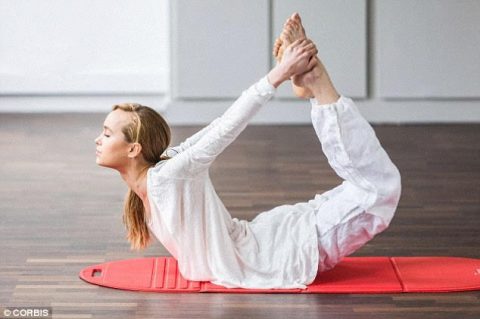 I’ve been saying it for years but now a study has been done and scientists have come up with the conclusion that Regular exercise is the best way to treat back pain.

The study has shown that stretching, muscle exercises and stamina training are far more successful at tackling lower back pain than other treatments.

Patients who carried out a range of exercises had a 35 per cent reduced risk of lower back complaints over 12 months.

And when patients did exercises and were also taught the best way to lift heavy items and sit properly, their risk of pain was reduced by 45 per cent.

Experts said that if a drug were available that achieved the same result, it would be heavily marketed.

Other treatments – such as lumbar support belts and shoe insoles – had no benefit, the researchers found.

Lower back pain affects four of every five people at some point in their life.

Most cases are caused by lifting a heavy object badly, or bending awkwardly, and in most instances the pain will go away within a few weeks.

But half of patients see a recurrence of the problem within 12 months.

And for some people back pain can last for years or come back in waves.

In this study, scientists at the University of Sydney analysed the results of 23 previous studies, involving 30,850 people, in a bid to narrow down the best way to treat back pain.

They found people who did exercises saw a significant reduction in problems over the next 12 months.

The impact diminished after a year – suggesting that persisting with exercises is crucial for a long-term benefit.

Patients who did the exercises also were less likely to take sick leave on average – although the scientists said evidence for this was less strong.

Low back pain is one of the most burdensome health problems worldwide, generating enormous costs in treatments and time lost from work.

A key contributor to the burden is the high recurrence rate: approximately one-half of patients experience a recurrence of low back pain within one year after recovering from a previous episode.

They added: ‘The current evidence suggests that exercise alone or in combination with education is effective for preventing low back pain.

If you believe you can be an awesome Personal Trainer, maybe our Cert III & IV in Fitness course might be right for you.